Shining a Light on Flashes

Flashes and Floaters are often associated with one another. While both of these conditions do have a few things in common, such as their originating in the gel-like vitreous humor lining inside the eye, floaters appear as dark shapes drifting across one's field of vision while flashes are bright points of light that momentarily appear in the vision field. Neither requires immediate treatment, but since either can be a precursor to serious eye disorders, our Eagle Vision Eye Clinic eye doctor monitors them closely should any of our Longmont, CO patients experience either. Since the two have different implications, we will separate them and take a good look at flashes. 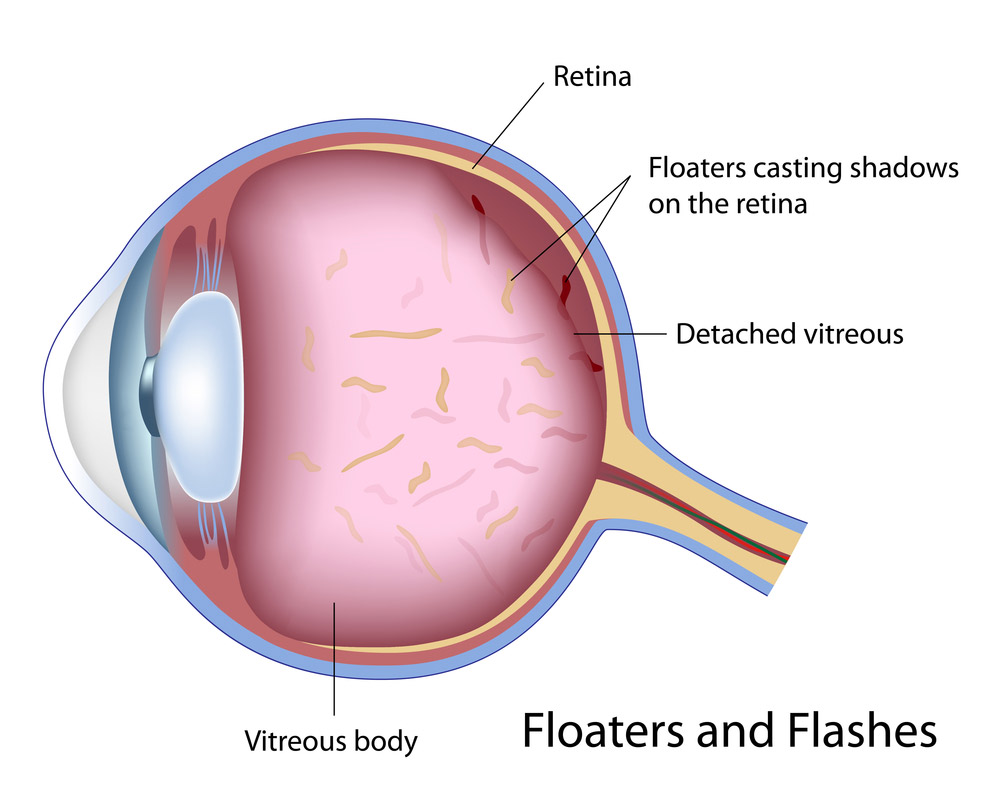 The Why’s and Where’s of Flashes

Pinpricks of light, shooting stars, and mini streaks of lightning are three of the pictures our creative patients paint in describing their flashes to our optometrist. The actual definition pales in comparison. Flashes appear when the retina is strained or stretched. This produces what looks like a light that flashes and fades as quickly as it appears. If you have ever rubbed your eyes a bit too hard, the burst of light you may have seen is similar to what a flash looks like. Both result from slight pressure applied to the retina. Both disappear as soon as the source of that pressure is removed.

What Flashes Are Not

The light seen in flashes is different from visual symptoms experienced during a migraine. Migraine-related light usually presents itself in either jagged, lightning-like lines or shimmering wavy ones reminiscent of heat waves that appear on a highway on a hot summer day. Nor are flashes similar to the coronas of light some people see when they look at headlights or streetlamps.

For the majority of people, flashes need not be a source of concern. There is no treatment for the occasional flash that comes with vitreous humor changes. They come with age, usually between the ages of 50 and 70. However, should flashes occur more frequently, you should schedule an eye exam with our optometrist, as frequent flashes are a sign of something serious, especially if they're accompanied by cloudy floaters or a dark area seems to descend like a curtain across your line of vision. This could be a sign of a detached or torn retina. If left untreated by an eye doctor, this can lead to permanent blindness.

Getting into the habit of scheduling an annual eye exam to your yearly to-do list is critical as you grow older. Don't make the mistake that worsening eyesight is a byproduct of age. Many eye diseases and conditions develop so gradually that you may not notice them. Why take a chance? Give us a call at Eagle Vision Eye Clinic so we can schedule an eye exam with our optometrist at our Longmont, CO office.